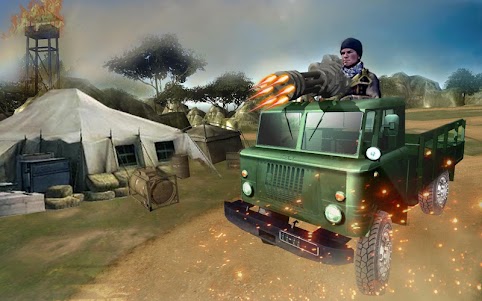 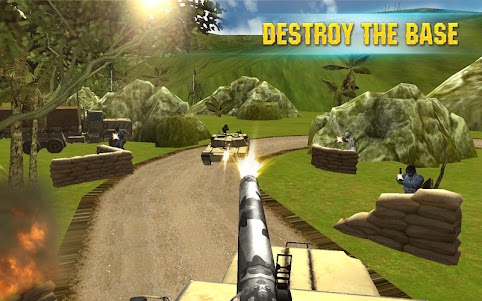 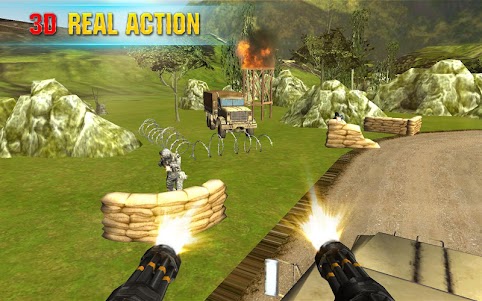 Enemies have invaded in our area and theyhavecontrol of the Army Base. As the best sniper shooter, youareassigned the mission to take control of the base again. To killallthe enemy soldiers, your war truck is equipped with brutalGatlinggun. Kill all the enemy soldiers before they destroy yourmilitarywar head vehicle. Gunner Truck Battle is a free gunner andfirstperson shooting game on Google Play Store. Download and playbest1st person shooting game of 2016 Gunner Truck Battle onyourandroid device for free.
Use missile and Gatling firepower to destroy firehouse ofyourenemies. Army Humvees and enemy paratroopers are protectingthearea which is now under control of enemy soldiers. In this 3Darmytruck game, kill all the enemies with heavy machine gunsmounted onyour army truck vehicle. Don’t get injured by the bulletsor firingof enemy troops. Aim shoot and kill all the enemy soldiersand moveahead in this mission based game. Global terroristactivitiescausing mayhem in your territory get ready for somegunner andcommando action.
You might have played the gorilla war games but in thisarmyshooting game at deserted island, prove the skills ofdrivingshooting and hunting down all the enemies. Your truck isyour bestcompanion and truck driver is guiding through the heavyfiring ofenemy soldiers, but you don’t have to get afraid just useall thelethal guns and heavy equipment to kill all the enemies.Whileentering the base you with your best skilled army mountaintruckdriver have to face all the paratroopers of enemy who arealsoequipped with missile launchers and guns, but don’t get afraid.Aimshoot and kill. When you are in difficult situation you can useairstrikes to if you are in difficult situation.
Get ready for invasion in enemies troops area with powerfulgunnerwarship. Defend your nation territory and land fromenemiesinvading your defense zone. This time defending is not theoption,ATTCK! ATTACK! and ATTACK!. They are roaming around in theHumvees,surveillance of their strong hold is on Rpg, AK47 are thestandardweapons they have and skilled in counter attacks
Prove yourself to be best shooter and become an action hero foryourcountry. Prove that terrorists are not a metal soldier andcrushthem like ants.
Game over view & Objectives:
The objective of the game is to kill all the enemy soldiers whohaveinvaded your area. You are the best elite commando withheavymachine gun mounted on your best military war truck Air strikewillbe provided on demand to kill all the enemies who arebecomingobstacle in your path.
Multiple Missions;
There are multiple missions with different scenes for theinterestand engagement of users who love to play shootinggames.
Each Mission has different difficulty level with multiple enemiestokill.
Multiple Weapons
There are the following weapons to use and play the game inbetterway;
i. Heavy Machine Guns
ii. Missiles
iii. Shields to get extra life.
iv. Air Strike Assistance
Earn more gold and cash by completing different levels andmissionsto unlock different guns. Each gun has its own properties,accuracyand power.
Medical Pack
There is a Medical Pack in the game, so you can use when youarenear to die and give up your mission of eliminatingenemies.
Shield
Shield option will give you extra health to fight with the enemies.

Your suggestion would be our great pleasure for the improvementofthe games features time to time.
Follow us at;
http://www.zekab.com/
https://www.facebook.com/zekabintl
https://twitter.com/ZekabInt